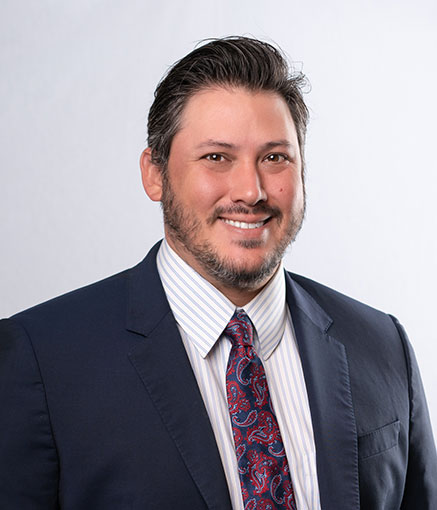 Roland Rillos has spent his entire career as a criminal defense attorney. His years of practice make him well equipped to handle all types of criminal cases. After graduating from law school, Roland was offered a position at a large criminal defense firm in Phoenix. He worked there for several years handling major felonies, misdemeanor and felony DUIs,  and other misdemeanor cases. Roland next went to work at a medium-sized firm in Scottsdale where he maintained his practice handling DUIs, as well as a variety of other felony and misdemeanor cases.

Roland was raised in California. His family is from Arizona. His paternal grandparents raised their family in Yuma, Arizona after his grandfather retired from the Marine Corps. His maternal grandparents settled in Phoenix, Arizona where his grandfather, uncle, and cousin served and currently serve as members of the Phoenix Fire Department. As an attorney, Roland believes he has a duty to his clients and the public. He believes that his responsibility is to make sure that anyone charged with a crime has the opportunity to defend themselves. He has worked in several cases where his efforts, along with his client’s, have resulted in exoneration and dismissal of charges. He enjoys his work as a Glendale criminal defense attorney and truly believes in helping anyone that seeks his advice.