Turning Left on a Red Light in Arizona

Understanding roadway rules is one of your duties as a driver in Arizona. You have a legal obligation to know the laws that pertain to you as a motor vehicle operator. This includes what you may and may not do at red lights. Running a red light can lead to penalties such as a traffic ticket and fines. It could also cause a serious intersection accident, such as a head-on or T-bone collision. Find out when you may and may not turn left on a red light in Arizona to keep yourself and others safe.

Can You Turn Left on a Red Light in Arizona?

Most drivers know they may turn right on a red light in Arizona, but not that they may turn left specific situations. While turning left at a red light is generally against the law, it is permitted in one circumstance: when turning left onto a one-way street from a one-way street. If traffic on the one-way street is traveling in the same direction as the vehicle making the turn, the driver may make a left turn while the light is red. It is not against the law to turn left on red in this instance.

You may only turn left on red, however, after coming to a complete stop before the line and checking to make sure the road is clear. You must follow typical right-of-way laws and proceed into the intersection with caution when turning left on red. All drivers in Arizona may turn right on red lights, even when not onto a one-way road, unless a sign prohibits the turn. Turning right on red requires making a full stop, yielding the right-of-way and turning with caution. In Arizona, you may enter an intersection on a yellow light without penalty. If you suffered a car accident caused by a negligent driver in Arizona, contact our law firm to learn how you can recover compensation. 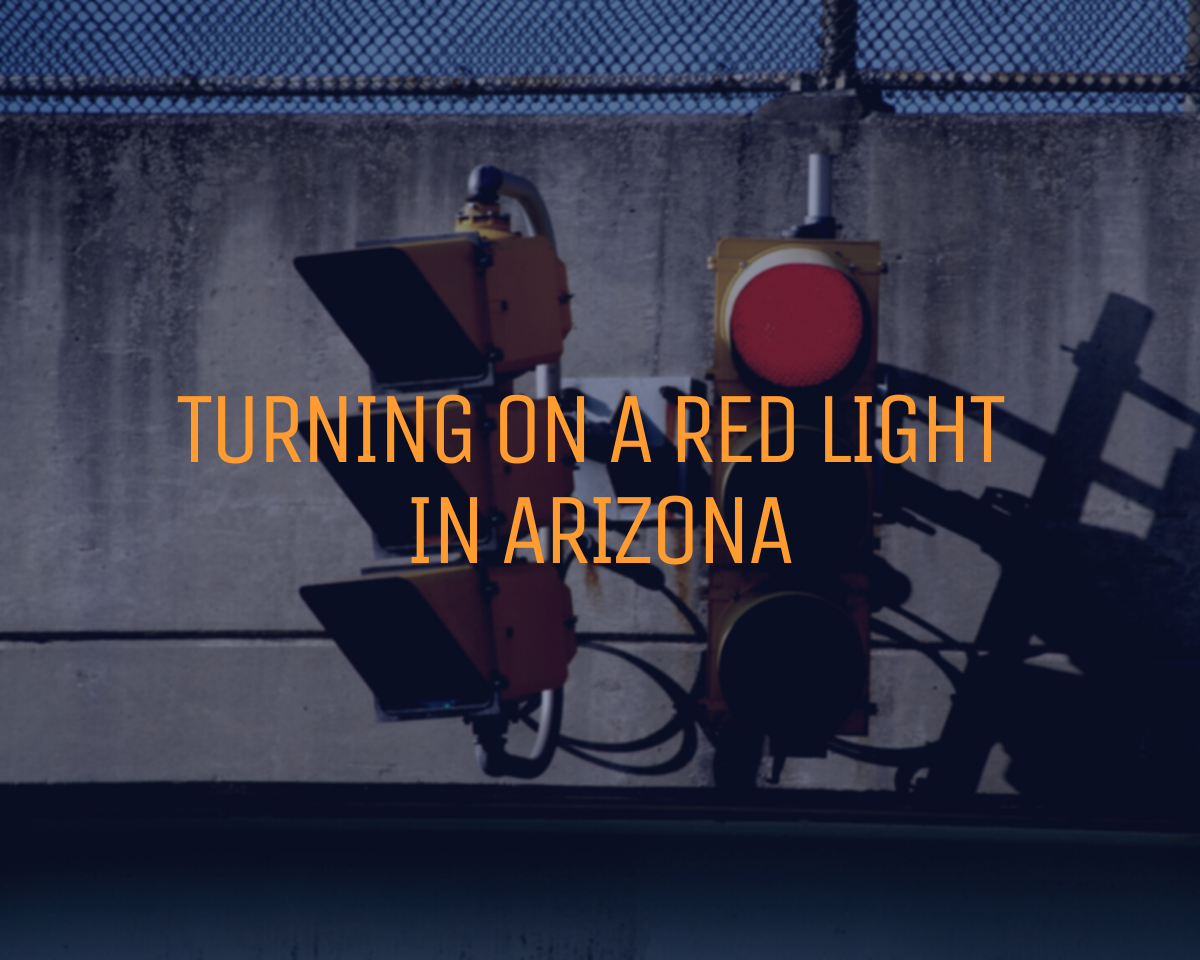 Who Has the Right-of-Way in an Intersection With a Left Turn?

Who Is Liable in a Left-Turn Accident?

If you turned left at a red light, you may be liable for an accident if you crash into an oncoming car. It is your responsibility to make sure the road is clear before turning left on red. You could also be liable if you legally should not have turned left on red, such as onto a two-way street. In these situations, you must wait for a green light and the right-of-way or a green arrow to turn. If you did have a green arrow and the right-of-way, the other driver may be liable for your left-turn accident instead.

Another driver could cause a left-turn accident by running a red light or stop sign. If you were making a lawful left turn with a green arrow, the driver that struck you will be liable for your damages. If the light was green without an arrow, however, it would have been your responsibility to yield the right-of-way to oncoming traffic. You may be responsible for damages for turning left into an oncoming car.

Liability for a left-turn accident in Arizona depends on fault for the collision. If a driver breached Arizona’s stoplight laws and proceeded into an intersection illegally, that driver would be responsible for a subsequent collision. If, however, the driver obeyed the rules, you may be liable. Most left-turn car accidents require reviews by police officers and investigators to determine fault and liability. Contact a car accident lawyer in Glendale if you need help determining fault for a left-turn accident in Arizona.

Back To Top
We Accept

Our office is now open for in-person meetings, or by telephone or Zoom. We offer an easy REMOTE intake process. Watch video for details. Close

Our office is now open for in-person meetings, or by telephone or Zoom. We offer an easy REMOTE intake process. Watch video for details. Close